21% of Yakushima
is world heritage

Yakushima, the home of Yakusugi (cedar), is located 60km Southwest of Kagoshima prefecture.

The forest covers 90% of the island.

Takayama, the peak of the central mountain range is formed from pressed granite.

Miyanoura Peak (one of the top 100 mountains in Japan) soars 1936m above sea level at the heart of the island, making it the highest point in the Kyushu region.

Locals say, ‘It rains 35 days a month in Yakushima’ to express the tremendous amount of rainfall.

However, it is not an overstatement. In fact, it receives the most rainfall in Japan due to the moist air from the ocean colliding into the sheer mountains. The rain carves deep canyons in the mountains with 140 streams radiating out to sea.

In 1993, the native forest and 21% of the island of Yakushima was registered under the UNESCO World Heritage List as a natural site. 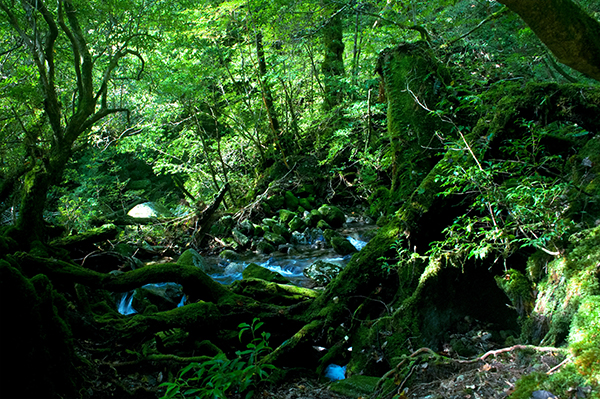 Yakusugi is a cedar which is native to Yakushima. Some cedars are over a millennium old. Ordinary cedars have a life expectancy of 500 years at the longest. However, the cedars in Yakusugi grow slowly due to the lack of nutrients in granite soil. The lack of nutrients combined with heavy rainfalls and high humidity gives the Yakusugi a tightly packed grain with 6 times the resin, allowing the tree to live longer and decompose much slower compared to an ordinary cedar.

The most valuable Yakusugis were protected by law enforced by the Satsuma Clan back in 1728, monopolized and taxed by the government. Today, they are preserved as a national asset.

Harvesting wild Yakusugi is prohibited by law. The lumber on the market today solely comes from those chopped down prior to prohibition or fallen trees and stumps buried in the ground.

The resin in the Yakusugi contains high phytoalexin (an anti-mold and bacterial substance) and sesquiterpene (an insect repellant), resulting in lumber with a distinctly potent aroma and anti-bacterial and insect repelling properties. For these reasons, Yakusugi is a valuable symbol of Japan. 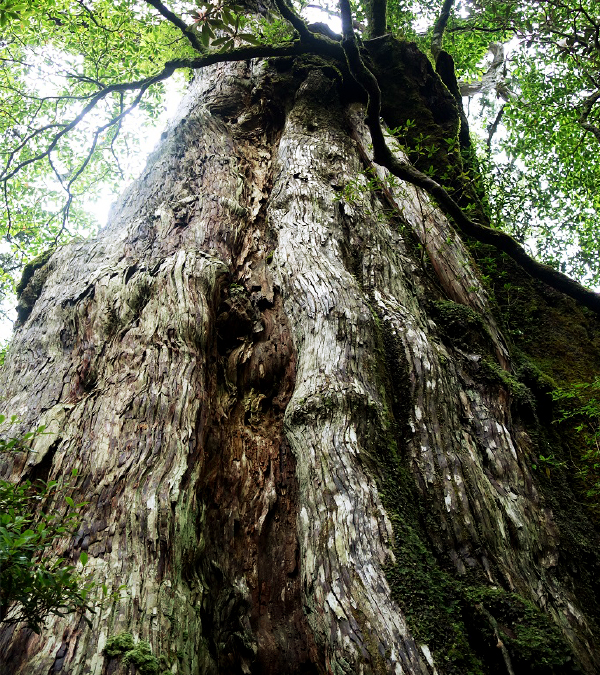